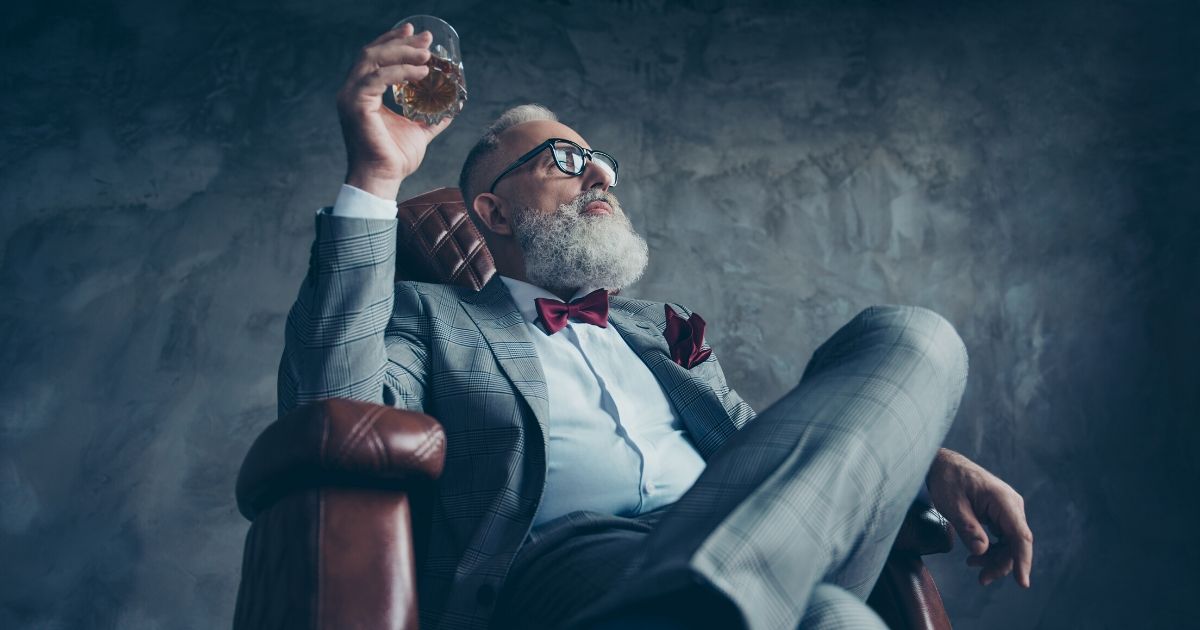 Hello! My name is Eric January. I’m a CPA, author, and wealth advisor with nearly three decades of experience helping people achieve their financial and business goals. This is not a history lesson but perspective for the question: Is “accredited investor” a title of nobility? I state this because the SEC (Securities and Exchange Commission) is asking for comments on proposed changes to what defines an accredited investor. Today, an accredited investor is basically an individual with a million-dollar net worth or who earns hundreds of thousands of dollars annually. “Qualifying as an accredited investor,” according the SEC “is significant.” It is so significant towards accumulating wealth and economic independence that I believe everyone must have those rights. I’ve shared my opinion on SEC.gov. After reading or listening to this, if you want to increase your odds of gaining higher more secure returns on investment, please do the same.

Historically there has always been battles between those who want to gain wealth and those who are afraid of losing it, in this country that predates this country internationally. At the end of the 18th Century, class warfare was at a zenith in British colonial America. It wasn’t hidden behind laws disguised to be for the public good. Much like today there was “open [political and economic] struggle between ordinary people and upscale investors” that has been conveniently revised out of U.S history books (Hogland: Founding Finance, page 4). The Revolutionary War only provided a temporary armistice. The class warfare resumed during the constitutional convention where verbal shots were fired.

With so much animosity in the air, the only force strong enough to keep these often diametrically opposed parties in Independence Hall, wasn’t just the love of money or country. It was an existential threat. Either form a viable united nation or confront their fear of being reconquered as a divided one.

So out of desperation a long tradition of political compromise began in America, where people and their political appointees are often expected to lay down their moral objections to get a deal done. This is why although the abolitionist and populist, who didn’t want to give the slave holders and mercantilist any ground, caved. They felt compromise was necessary evil of political negotiations. As sad as the legislative process is, at least on paper there were some principles that the founders agreed upon.

The pre-amble of the Declaration of Independence states, “We hold these truths to be self-evident, that all men are created equal, that they are endowed by their Creator with certain unalienable rights, that among these are Life, Liberty and the Pursuit of happiness.” This is one of the most famous statements in the world. I was expected like every other 8th grade student to ignore the hypocrisy in it, that every human wasn’t treated close to equally. Africans where enslaved, women didn’t have the same rights as men, and only 6% of white males at the time who had substantial land holdings could vote.

Thomas Jefferson, the person credited with writing the Declaration of independence was a major slave owner. Nevertheless, in fairness, it was a different time and a start to a more perfect union. The Constitution and securing the blessings of “life, liberty and pursuit of happiness” has always been a work in progress for every human.

In the 1790’s, the word liberty and the phrase pursuit of happiness had different connotations. Liberty wasn’t merely about freedom, or being able to do what you want, and the pursuit of happiness wasn’t about being able to find your dream job. Both concerned what is pertinent to life in a capitalist society, being able to gain economic security that results from owning assets and being able to freely invest in any and all wealth building property. It is our duty to not just read or watch history of what the founders and previous generations did but to continue eradicating any form of injustice that remains or is enacted.

In 1933 such an enactment was made within the Securities and Exchange Act that we must eliminate. This is why I mentioned in my first book, Mo’Sense: Book 1 of 3, published in 2005 constitutional nomenclature that is often completely ignored today. It is simply the last five words, “grant any Title of Nobility” in the first paragraph of Article 10.

No State shall enter into any Treaty, Alliance, or Confederation; grant Letters of Marque and Reprisal; coin Money; emit Bills of Credit; make any Thing but gold and silver Coin a Tender in Payment of Debts; pass any Bill of Attainder, ex post facto Law, or Law impairing the Obligation of Contracts, or grant any Title of Nobility.

The phrase is so odd—in the section that talks about money, treaties, contract law, etc—that it must have been thrown in. This is how I imagine it: Benjamin Franklin interrupted Thomas Jefferson when he was in the midst of a rant against paper money and banks. After the room silenced he insisted, “I’m not adding my John Hancock if this paragraph doesn’t include the words ‘grant any Title of Nobility.’” In other words, Ben emphatically asserted, there won’t be any kings, queens, nothing like a title in this great proposed nation. Titles confer privileges on the holders that everyone else doesn’t have. Benjamin was clarifying that every man regardless as to pedigree, must be entitled to pursue the American dream.

Benjamin Franklin had a bad taste in his mouth from years of living abroad and experiencing the royal prerogative that was pervasive in Europe. Franklin was so adamant in his disdain of entitlements that it divided his family. His son, William, a loyalist of the British crown, lived in exile in England after the revolutionary war, never reuniting with his dad.

Let’s fast forward. Over 240 years later, the struggle between those wanting to gain wealth versus those afraid of losing it still exists, only retail non-accredited investors and their registered investment advisors have accepted second class citizenship rights. They are happy to wait at the back of the bus hoping to get their hands on the latest overpriced IPO from accredited investors who got in early. Most retail investors don’t even realize that they have been discriminated against. They hate the growing wealth and income inequality but don’t recognize that a source of the problem is perpetuated by a prejudiced function of investment law.

As I explained in my Mo’Sense book (1 of 3), “the masses have been illegally classed” as non-accredited investors. For many reasons like those discussed above, I am persuaded that the Securities Act of 1933 granted just the opposite of what many of the framers desired by establishing what is effectively an American title of nobility, the accredited investor.

I’m not a novice, nor I am of the opinion that additional legislation will solve everything. Although I’m not a lawyer, I can recognize blatant discrimination. I’ve thought about this for years. What I wrote in my three books has not had to be redacted or revised because they have been right about each subject pertaining to investing and investments. We already had class warfare, and probably always will. It’s mentioned in religious text that’s thousands of years old. The government job is not to grant a few ‘accredited” individuals and businesses the upper hand.

Adding a few financial professionals and knowledgeable individuals as proposed by the SEC isn’t enough. Everyone must be included. The haves and the have nots. As I stated in my Mo’Sense book, non-accredited investors are monitored essentially as if they are mentally-impaired adults, while those with money can invest in whatever they want, however much they want, when they want. This is separate and unequal treatment that the title of accredited investor unjustly affords.

I could go on but that is what my books were written for. Point is if you agree, go to SEC.gov and make a comment regarding changes to the accredited investors definition under regulations and proposed regulations. Use your own words, or copy and paste what I wrote on the SEC’s website with your signature, or repeat something along the following:

“End investor discrimination! Eliminate the accredited investor definition. Let each person, regardless as to how much they have, invest in what they please, when the please and how they please. Don’t restrict what investments can be marketed or sold as investments to anyone. Every person and each investment business must have the same rights.”

Thank you and please share this with your friends, family and colleagues.